This blog post is Part 1 of my trip to Japan, the sight-seeing bit focused around Kyoto. Apologies for the lazy sentence structure but I’m sure most of you will only look at the photos anyway!

Fly Singapore to Osaka. Similar approx 5.5 hr flight. Arrive Osaka airport. Get off as quickly as possible and follow the rush to line up in immigration. Standing in line for over an hour. Very happy I’d napped a little on the plane as I’d gotten up at 3:45am and by the time I got through the airport it was 10pm Perth time (11pm local time). Osaka airport is like a throw back to the 80s including the technology in use.

Attempted to buy a sim card. Too hard to make a decision in my sleep deprived state. Instead made my way to the airport hotel and my cabin.

Desperately needed a shower and sleep. Made use of the onsen / communal bathing facilities, using provided body wash, toothbrush and toothpaste, moisturizer, towels and pajamas.

Slept, surprisingly, in spite of my bed curtain not reaching the floor (letting light in) and continuous noise from the air conditioning. Eye mask and ear plugs in all night plus tossing and turning on the hard mattress. But didn’t get up till 8:45am!

Took some time but I figured out how to buy a train ticket from Osaka to Kyoto, which train to get and which platform. Was so proud of myself but then the guard checking tickets on the train told me I’d bought a basic ticket but I was on an Express train, so I needed to pay him extra for a ticket upgrade. Seems to be a common thing as he had a laminated picture card to explain it to me.

Arrived in Kyoto. Thanks to my print out from Google maps I found my hotel with no trouble. Having the printed map was one of the best trip planning things I’d done, particularly as I’d expected not to get a sim card. But checkin was not till 3pm. It was now 11am. I left my suitcase at the hotel and went to find some breakfast/ lunch.

First up – coffee. I’d passed a Starbucks on the way to my hotel so I went there. I was in need of coffee ASAP. It was quite warm so I got a frappuccino. I then found a food court under the Kyoto Tower (5 min walk from my hotel) and ate rice with beef stew, a clear but very tasty soup, some pickled cucumber and gyoza with dipping sauce. It was $12 including free water and was delicious.

Then a bit of exploring around Kyoto central station before my tour started. I attempted to find a map but no luck.

I found the meeting point for the first tour group. On the tour we visited a couple of Buddhist temples, including some fantastic Japanese zen gardens, and a Shinto shrine. 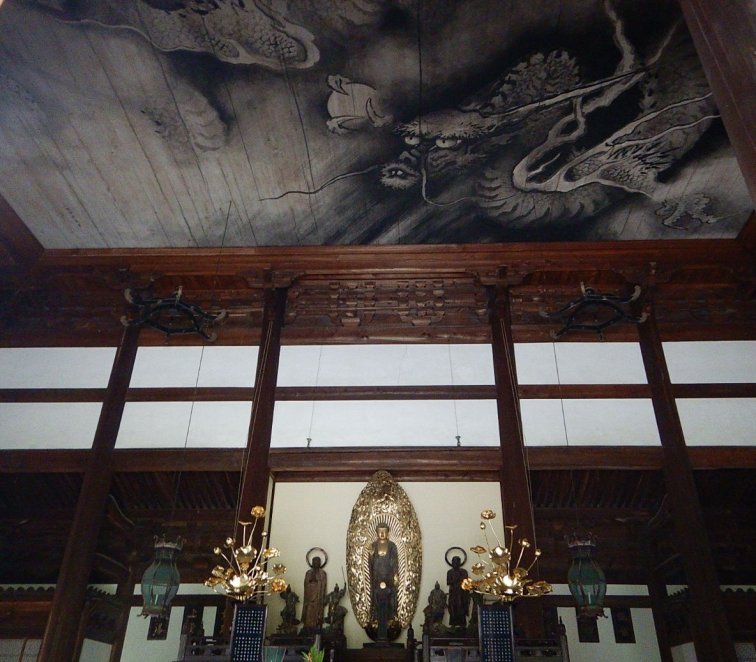 Inari shrine (dedicated to growing rice) was the shrine of 1000 red gates. Apparently it is the most popular tourist attraction in Japan… and therefore possibly the world (according to trip advisor). I can see why because it was awesome but it was also quite busy. A small snack of frozen strawberry, shaved ice and condensed milk after the shrine.

We then headed to Gion, which was the main Geisha district in Kyoto and also the main night life area. We were very lucky to see one Geisha who came directly down the small street we were in.

I was already pretty exhausted after the first four hour tour, so I sat down for a rest in the spare hour I had between my tours. The second tour started around 6:30pm and was a night tour. We saw temples, shrines and gardens lit up at night, lots of lanterns. 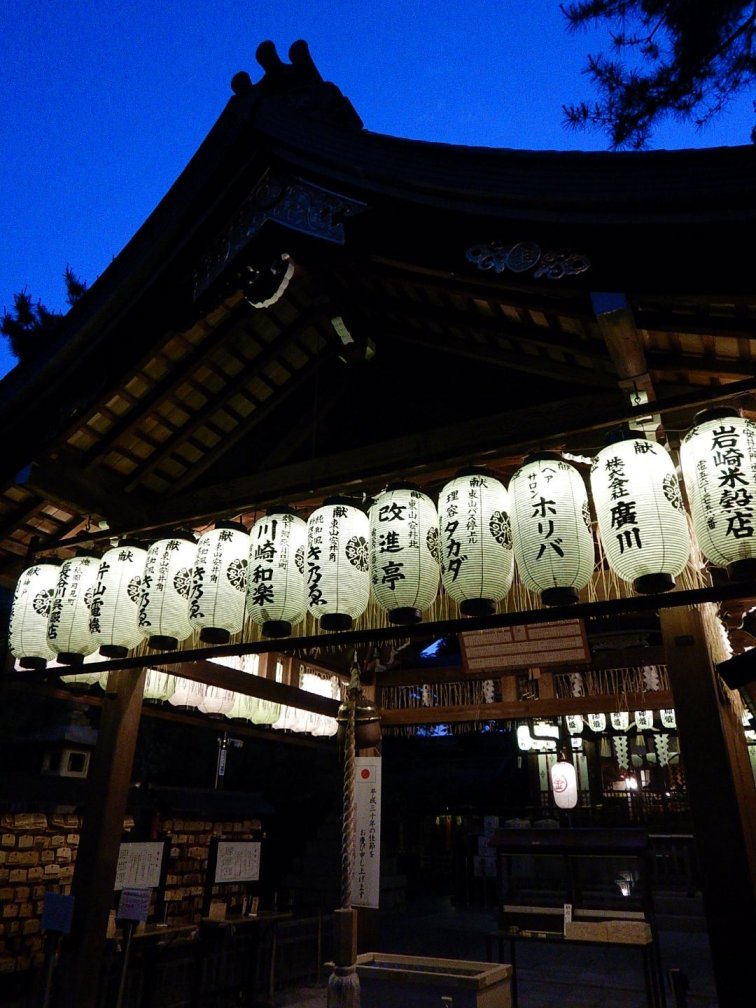 It was a balmy evening, perfect weather for it, and we finished off with a light dinner of okonomiyaki and a drink at a mini stand up bar (everything in Japan is on a smaller scale, including the bars which are often only big enough for ten people).

I managed to catch the correct bus to get to my hotel, check in, and just catch the free noodles which were on offer until 11pm. I got to bed sometime after that…

Outing to Himeji castle. I took the Shinkansen (super Express, bullet train) there. Made the same mistake in buying a basic reason ticket, but this time I realised before I got into the train and got myself an upgrade to the Express ticket.

It was about an hour on the fast train to Himeji, then walk from the train station about 15 min straight down the main street to the castle. The castle was very impressive – it was one of the first UNESCO world heritage sites listed in Japan. It is referred to as the white heron because it is painted white. Touring the castle was a typical Japanese experience – the route through the castle was laid out so that you got to see everything but you had to follow the path so that there wasn’t too much congestion and it was a one way route. 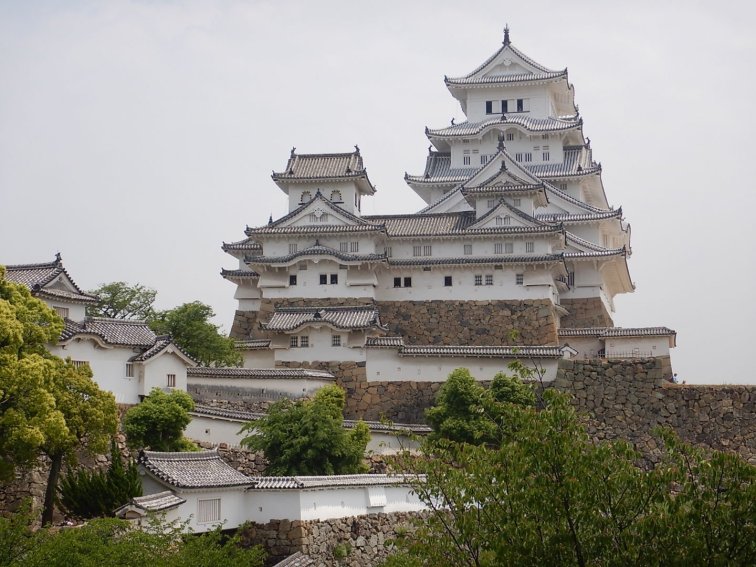 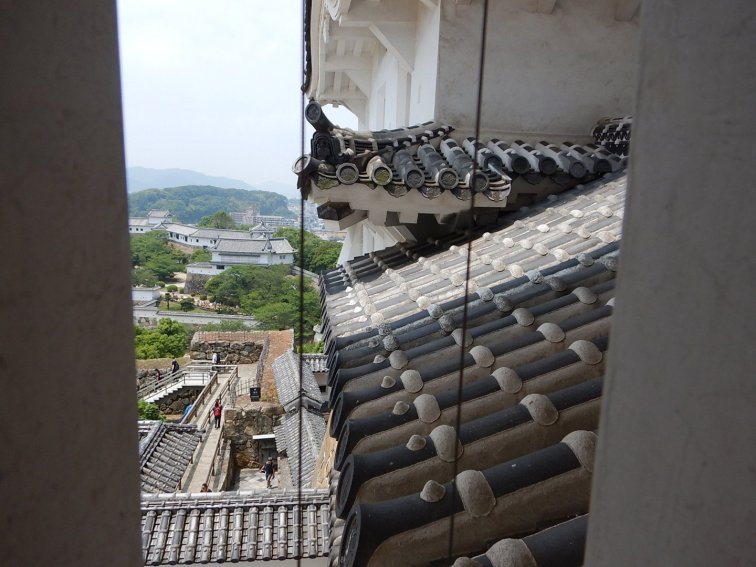 I also visited the nearby Japanese gardens, which were lovely. 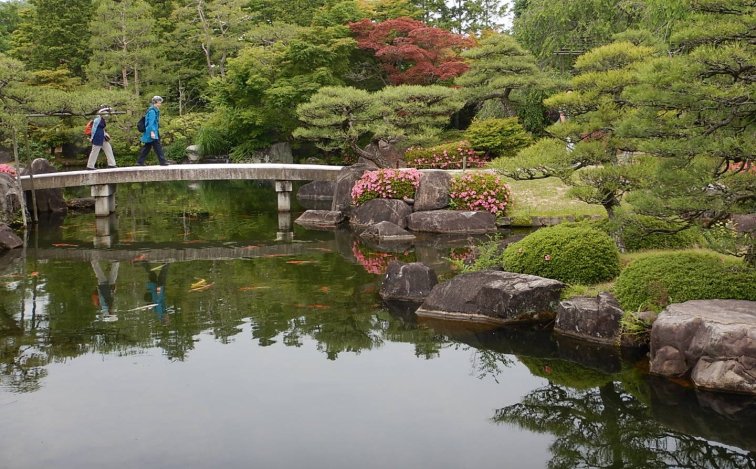 After all that walking around (again), I took the opportunity to have a massage at my hotel in the afternoon, followed by dinner at a nearby restaurant. One of the downsides to restaurants in Japan is that oftentimes smoking is permitted. Not the nicest accompaniment to dinner.

Today I took an outing to the bamboo forest. Unfortunately Saturday seems to be sight seeing day for the local population as well so it was very busy. However, it was still remarkable and scenic.

I caught the train there and back and did a while bunch of walking around the bamboo forest.

I had a bit of downtime in the afternoon, then in the evening I did a bit of shopping at the Isetan department store next to Kyoto central train station, and bought takeaway from their food market for dinner. It was so yum! 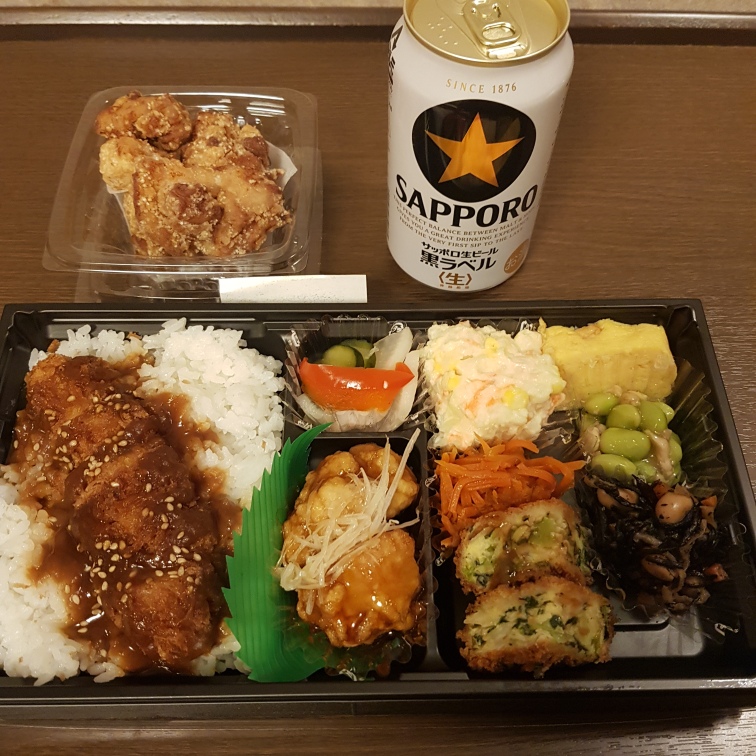 I am up at 4:45am and away by 5:15am to get the first train at 5:32am to Inari station to visit the shrine of 1000 gates. I am at the station so early that they are just opening the roller doors when I get there. But I’m not the only person with this idea, there are a handful of other people arriving at the shrine at the same time as me. It is still incredibly peaceful and very easy to get photos without people in the shots. In contrast, when I was leaving at 7:30am there were more people and while it wasn’t a constant stream there were fewer gaps.

I went all the way up to the top of Inari Mountain, stopping quite a bit for the first half then just steadily walking for the top half. Lots of stairs. On the way down I stopped frequently to rest my poor calves. It was about two hours all up but could be done a bit faster. I did stop at one of the view points for my snack of a chocolate coffee croissant with green iced tea.

Then I took the train back to Kyoto and had final coffee at my favourite cafe underground the central train station in the “porta” just near the Kyoto Tower entrance. Followed by a croque monseiur from the bakery – two slices of bread, ham and cheese sauce in the middle and toasted cheese on top. Cold but still delicious. No wonder I put on 3-4kgs on this trip! Then pack up, check out and find my way to the bus station to Itami airport.

I doze on the bus and the plane. I manage to figure out the complicated checkin and luggage drop arrangements at the airport (in spite of initially thinking my flight had been delayed until after 4pm… actually that was just my flight number 16xx). But I got tripped up when going through the security check as I didn’t keep hold of my receipt for my boarding pass. I also got a receipt/ ticket going through the boarding gate, which no one checked. So that was three pieces of paper all saying my flight, gate and seat number. Seems a bit unnecessary!

My flight was under an hour, I had great views out over the sea, islands and causeways, when I was awake to see them. I arrived at Matsayama and met up with John and his assistant Rob who were great.

John drove around 2 hours to our accommodation for the night, where we met up with the rest of our tour group, the boys. Quick checkin to our basic accommodation that smelt like cigarette smoke, then back downstairs to put the bikes together. Rob helped me put my seat and pedals on and get the sizing to match my bike setup. We got the fit perfect to match my bikes at home, and I got some kudos for having mountain bike cleats, a good decision there considering the amount of stopping and photo taking we did.

A bit of downtime to freshen up with a shower, then a planning meeting with info about the tour and how it will work, then dinner. After dinner, a relatively early night with some downtime in my room.